The 2015 Guado al Tasso is characterized by a rich and complex bouquet with notes of tobacco, toasted coffee,and leather which fuse with the aromas of ripe berry fruit. The palate is avibrant one, with both tannins and freshness well present to give savorand persistence. The finish and aftertaste are spicy and fruity, complete and fragrant. It is a vintage which a very important aging potential. 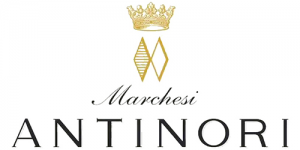 The Antinori family have been producing wine in Tuscany for six centuries, and exporting it for four; that’s twenty-six generations of uninterrupted family ownership. The first recorded mention of the family dates from 1188, when they worked in the silk trade. They moved to Florence in the early thirteenth century, and remain central figures in the fabric of the city; Piazza Antinori is the square in the historic centre where their offices are located.

Winemaking was added to the family’s activities in 1385, and during the sixteenth century the wines spread, along with Antinori’s reputation, to France, Flanders, Spain and North Africa. The purchase of the Tignanello estate in 1900 marked the beginning of a remarkable period of expansion, which shows no signs of abating. Through judicious acquisition of vineyards and an uncanny knack for developing iconic wines, Antinori has become Tuscany’s – arguably Italy’s – pre-eminent wine producer, with an important presence in Piedmont, Lombardy, Umbria and Puglia. Marchese Piero Antinori sums up the company’s outlook thus: “Ancient roots play an important role in our philosophy, but they have never held back our spirit of innovation.”

Tuscany and Umbria are the regions where Antinori has the highest concentration of vineyards, totalling almost 1,400 hectares of prime sites. Some of the wines – Badia a Passignano, Pèppoli, Tignanello and Solaia – are each the product of a single estate, while Villa Antinori and the Vin Santo are blends of selected lots from several of the family’s vineyards, including the flagship Tenuta Tignanello site.

The grapes were selected in two different moments: first immediately after picking and then after the destemming in order to insure that only fully ripe berries went into the fermentation tanks. As in every vintage, the individual vineyard plots were sub-divided into a series of smaller harvesting units on the basis of the weather of the growing season, distinguishing them according to the characteristics of the grapes and fermenting them separately. The fermentation itself took place in temperature-controlled stainless steel tank sand lasted from fifteen to twenty days. After the wine was run off its skins, it went directly into small oak barrels, where it went through a complete malolactic fermentation. At the end of the firstyear of aging in the new oak barrels, the wine was blended and went back into oak for a further six months of aging before bottling.