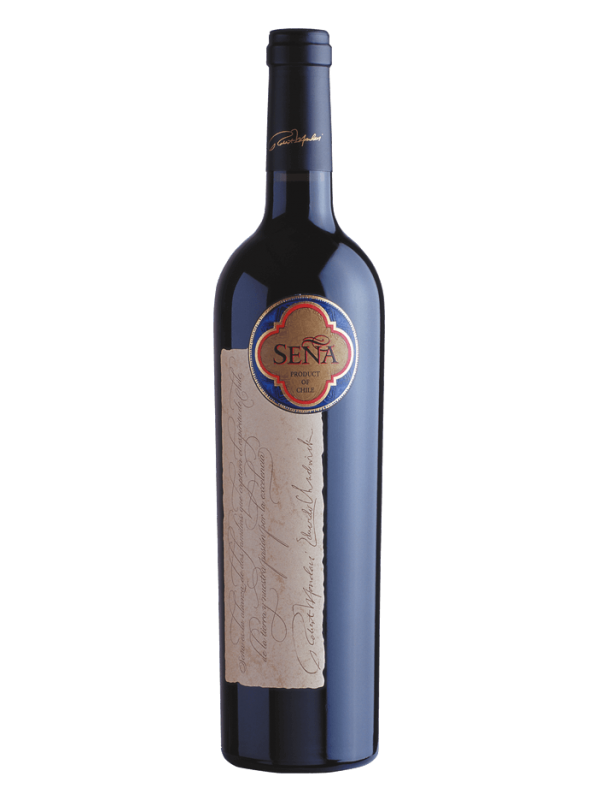 The 2015 season was a dry one, especially during the growing season. Winter was mild with average rainfall records of 283 mm, but for each month between October and April we had almost no precipitation, except for a slight rain in March, that had a positive refreshing effect. Spring started with temperatures higher than those recorded by historical average, especially during October, when the heat summation accumulated was 19% above a normal year. This gave a significant kick to the start of the vegetative growth, achieving a well-balanced and healthy canopy. November and December moved from average to cool. These conditions favoured us with a steady flowering, fruit set and healthy fruit conditions. In all, the total heat summation was 5,6% higher than our recorded averages.

As a comparison to the 2014 vintage of this wine, the 2015 Seña resulted in 57% Cabernet Sauvignon, 21% Carmenere, 12% Malbec, 7% Petit Verdot and 3% Cabernet Franc, with now 12% of the wine matured in new Stockinger oak foudres and the rest in barrique for some 22 months. 2015 might have been a slightly warmer year, but the resulting wine is lower in alcohol and higher in acidity, which provide for a more vibrant mouthfeel and a more focused expression of the character of the place. This vintage has half a degree less alcohol, and the acidity is a little more pungent; and, the amount of wine in foudre seems to help the oak to show better integrated. This is dry, nicely textured, and the replacement of the Merlot by Malbec seems to have also added to the refinement of the tannins that are super-elegant. 66,000 bottles were filled in February 2017.

Stunning aromas of blackcurrant, stone, blueberry and licorice. Also iodine. Floral. Perfumed. Full body, fantastic density of fruit and ripe tannins. It goes on for minutes on the palate with such energy and focus. Touch of chewiness on the finish. A complex and complete wine that delivers a generosity with firmness. Drink in 2021 but already a classic to drink.

A joint venture between Viña Errazuriz and Robert Mondavi in 1995, Seña became wholly owned by Eduardo Chadwick’s Errazuriz in 2005. His belief in Seña as a terroir wine led him to introduce biodynamic viticulture in the same year. A Bordeaux-style blend, Seña is sourced from a 43ha mountain vineyard in the Aconcagua Valley. Precisely monitored for optimum harvesting date, the vineyard is characterised by warm sunny days and cool nights, hence ideal ripening conditions for a long hang-time of nearly 140 days. Maturation for 22 months in French oak and Stockinger foudres moderates the unique expression of Aconcagua’s intensity with the desired textural finesse. Chadwick’s series of vertical blind tastings held around the world cemented Seña’s place in the Chilean hall of fame. This deep-hued blend shows subtle smoke and chocolate powder behind vivid, plump, fleshy mulberry fruit, supported by a slim veneer of toffee and vanilla oak whose youthful, sinewy tannins frame an appetisingly savoury finish.