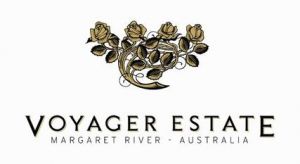 This Margaret River estate was founded in Stevens Bay in 1978 when Peter Gherardi planted 14 hectares of red Bordeaux grape varieties, and the white Chardonnay, Semillon and Chenin Blanc, and named his winery Freycinet. It was one of the founding estates in Margaret River and the original blocks still surround the cellar door. In 1991, despite being teetotal, pioneer Michael Wright acquired the property and changed the name to Voyager. Michael recognised the unique climate Stevens Bay, in the south of the region, had to offer. The area is virtually unique in Australia, surrounded on three sides by the Indian ocean, benefiting from the cooling maritime influence which creates a special meso-climate, coupled with the geology of ancient gravel soils, 2,000 million years old and the oldest in Australia. Michel realised the potential for the cultivation world-class grapes. With 150 years of farming heritage in the family Michael loved agriculture and lavished attention to detail on the vineyards. Voyager remains family owned, run today by Michael's daughter Alexandra Burt, who continues her fathers careful approach to viticulture and winemaking. The estate has now grown to well over 100 hectares, which they farm organically and aim to be 100% certified by 2023. Voyager focus on Chardonnay and Cabernet Sauvignon; the region is now renowned for producing elegant Cabernet Sauvignons and other Bordeaux varieties and, as for Chardonnay, Voyager, are referred to as one of the producers in “The Golden Triangle” for this grape variety. They also cultivate Shiraz, Chenin Blanc, Sauvignon Blanc and Semillon on the ancient nutrient-rich gravel soils. Their philosophy is that great wine is made in the vineyard and that they are “growers first, makers second”. A low intervention approach is therefore taken in the cellar to let the hand-picked grapes speak for themselves. The grapes are meticulously sorted and each block is small batch fermented and handled separately until the final blending. For ageing, only tight-grained French oak barrels are used judiciously to add fineness to the finished wine and not overpower it. The Project wines are an artisanal range which reflect Voyager's curiosity for creating new and distinctive wines, crafted from small parcels of fruit they discover each vintage, experimenting with new methods and styles to produce limited releases. From their easy-drinking Girt by Sea, classic Voyager Estate and the pinnacle MJW range, named after its founder, their aim is to craft elegant wines and they certainly achieve this. Voyager are one of Margaret River's most acclaimed wineries They produce an excellent portfolio with the distinctive Voyager style expressing the purity and elegance of Margaret River in every bottle.