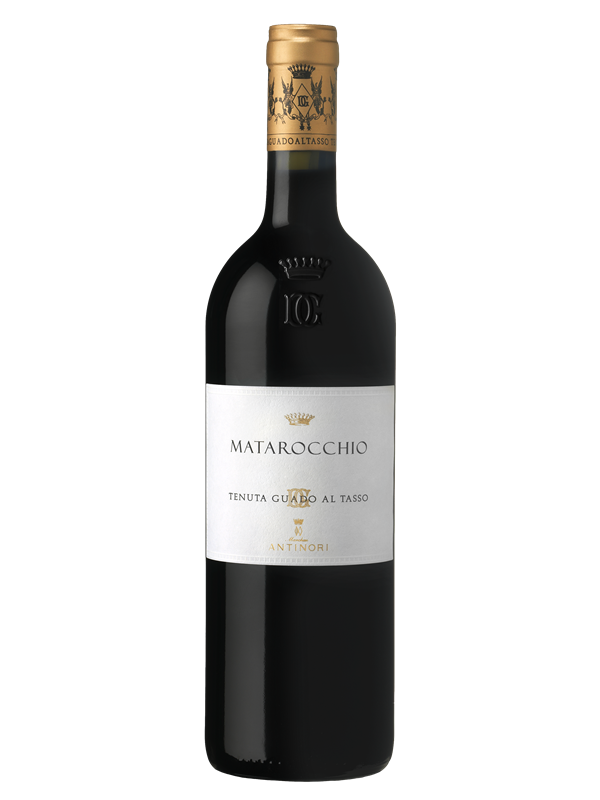 The 2015 Matarocchio is a very intense ruby red in color. The nose offers an unusually important complexity with hints of mint which fuse with notes of peppery chocolate, plums, and toasted coffee. The palate is full, enveloping, and long with tannins which are both silky and vibrant. The finish and aftertaste offer, once again, mint and dark chocolate. An exceptionally complete wine with a great aging potential, an authentic high level expression of pure Cabernet Franc.

The 2015 Matarocchio (all Cabernet Franc) is a gorgeous wine, but it does not reach the stunning heights achieved in the knock-out 2013 vintage. This wine was not produced in 2014, and only 5,000 bottles were made in this vintage. Compared to the 2013 edition, this wine appears to have a slightly smaller aromatic range. This gives it a very focused and direct approach. In other words, this vintage is more vertical than it is horizontal in its delivery. The tannins are a more evident here and more nervous or crunchy. The wine is composed of deep, dark and penetrating fruit, with bitter chocolate and savory tobacco. It also shows a salty mineral note that makes your mouth salivate. This vintage of Matarocchio needs a few more years of bottle aging to gain in volume.

Textbook winter and spring with a hot summer and dry and sunny September. The harvest took place during the final ten days of September. The grapes were sorted by hand before destemming and pressing. After fermentation in stainless steel and a 30-day maceration period, the wine then went into 60-gallon oak barrels to complete malolactic fermentation. The ageing continued for 18 months in barrel before 12 months' further ageing in bottle. Very bright dark crimson but a slightly less intense colour than the older vintages. Sweet and perhaps the least Tuscan in style. Very well-managed tannins and well integrated. Dry but not drying. Very appetising, but it needs a bit more time ideally.

Another vivid wine, the 2015 Matarocchio marries freshness with power and depth. In 2015, the 100% Cabernet Franc Matarocchio has a more red fruit and floral profile than it has in the past. Dense and voluptuous in the glass, the 2015 retains a surprising level of nuance for such a richly-textured wine - Antonio Galloni

Guado al Tasso sits in the Bolgheri amphitheatre that provides a unique microclimate with significant temperature variations, these were crucial in the warm 2015 vintage. Due to a mild winter and a dry spring the bud break, along with the flowering, and the harvest were earlier than the preceding vintages. The picking began on September 12th with the Merlot. Crimson, dominated by a salted chocolate aroma and flavour with restrained cassis, a touch of mint and coffee beans to finish; this vintage shows firm yet ripe tannins, not without suppleness despite the powerful structure. It will age easily for decades. Drinking Window 2020 - 2040